The promise of industrial-grade 3D printing (additive manufacturing) as an end-use production method has been mostly realized these days by a range of additive processes that deliver functional products in a variety of industries.

But make no mistake, 3D printing started as, and remains, a powerful prototyping tool. That’s its heritage. Early 3D printing technologies were developed in the 1980s, led in part by the invention of stereolithography (SLA), enabling product designers to create 3D models and physical objects or prototypes.

I see it every day at JingWei as product developers choose from our six industrial-grade 3D printing processes to build, test, and iterate innovative custom parts and products.

With this prototyping legacy in mind, here are five ways that 3D printing enriches product design.

As a product developer, you may have a general idea in mind of a part or an overall product, and you know you can change and massage the design in SolidWorks or other software. But at some point, you need to see a physical prototype. 3D printing enables you to create multiple iterations of the design, shape, and size of that product, and to do it quickly—in other words, rapid prototyping. 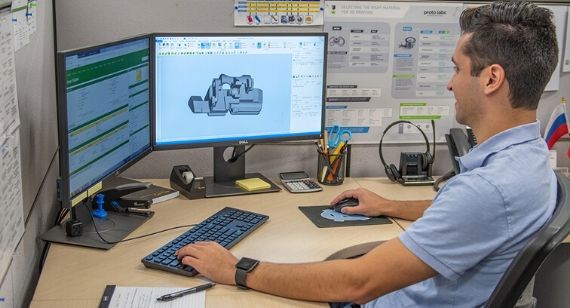 And, depending on the method and material used in your prototyping, your possibilities are endless. One example? Recently, I’ve been seeing more designers using 3D printed clear prototypes, so that when they are iterating various designs, a clear model can show them what happens on the inside of a part. Consider a power drill. There are a lot of machinations going on inside of it. With a clear prototype version of a new drill model, the designer can see what’s going on inside. But, again, that’s just one of hundreds of examples.

Of course, most of these parts eventually are manufactured using injection molding or other conventional manufacturing methods, but the 3D-printed prototype part helps overall design development.

Still in the early design and concepting stages, 3D printing is often used by product designers to develop the “looks like” prototype, focusing on its overall appearance and commercial appeal. This stage is where developers get early customer feedback. They put a physical part into a customer’s hands and seek critical feedback: Does it look right, does it feel right, does the product match what the market needs? Again, 3D printing allows developers to do several design iterations. Smartphone designers we’ve worked with are a great example of this. They’ve iterated tall devices, wide ones, thick, skinny, small, large, and so on. The point is, the physical prototype handed to the customer for review is usually 3D-printed.

What I’m referring to here is engineering verification, the functional testing of a part. This is the “works like” prototype, focusing on the part or product’s overall functionality and how it will actually work. With 3D printing, you may not necessarily be able to print in the exact material that it will be conventionally manufactured with, but, by virtue of having so many 3DP processes here at JingWei, you’ll have the ability to test most of the functions you’re likely intending for the part, whether via impact testing, airflow testing, temperature testing, and so on. And, once again, the beauty of 3D printing? You can rapidly try out multiple designs and prototypes.

This exploded view is a perfect example of how to reduce the number of parts in your assemblies using 3D printing. This can ultimately lower both part weight and costs. Illustration: GE Additive

This comes into play on the production side of additive manufacturing, when the final or end-use part is going to be 3D-printed. This is one of the most commonly cited benefits of additive, the ability to consolidate existing part assemblies made from many pieces into a single part. As we’ve previously reported in our guide on part consolidation, if you’ve flown on a newer airplane you may have already experienced this without knowing it. The most famous example from the aerospace industry is GE’s additively manufactured fuel nozzle for CFM International’s LEAP aircraft engine. The nozzle had been an engine component made from 20 parts that was turned into one, yielding a 25% weight reduction.

Offering a Design and Development Off-Ramp

Finally, this is also one of the benefits everyone talks about. What do I mean by a design off-ramp? I’m referring to the design freedom that comes with 3D printing. If you are stuck on a particular design, and you hit a point where it looks like your part design can’t be machined for example, 3D printing gives you an off-ramp.

With some limitations, product developers can create phenomenal part complexity. What’s often quoted in this context, and I’m not sure who said it first, is that “complexity is free,” the idea being that, at least at the design stage, this unlimited part complexity comes at no additional cost. But be careful here. Don’t design yourself into a corner. Because of large part volumes, you may in fact need to redesign or reconfigure something that later could be machined or molded. So, enjoy the freedom but be cautious.

Bioplastics & Biopolymers: Are They the Same Thing?